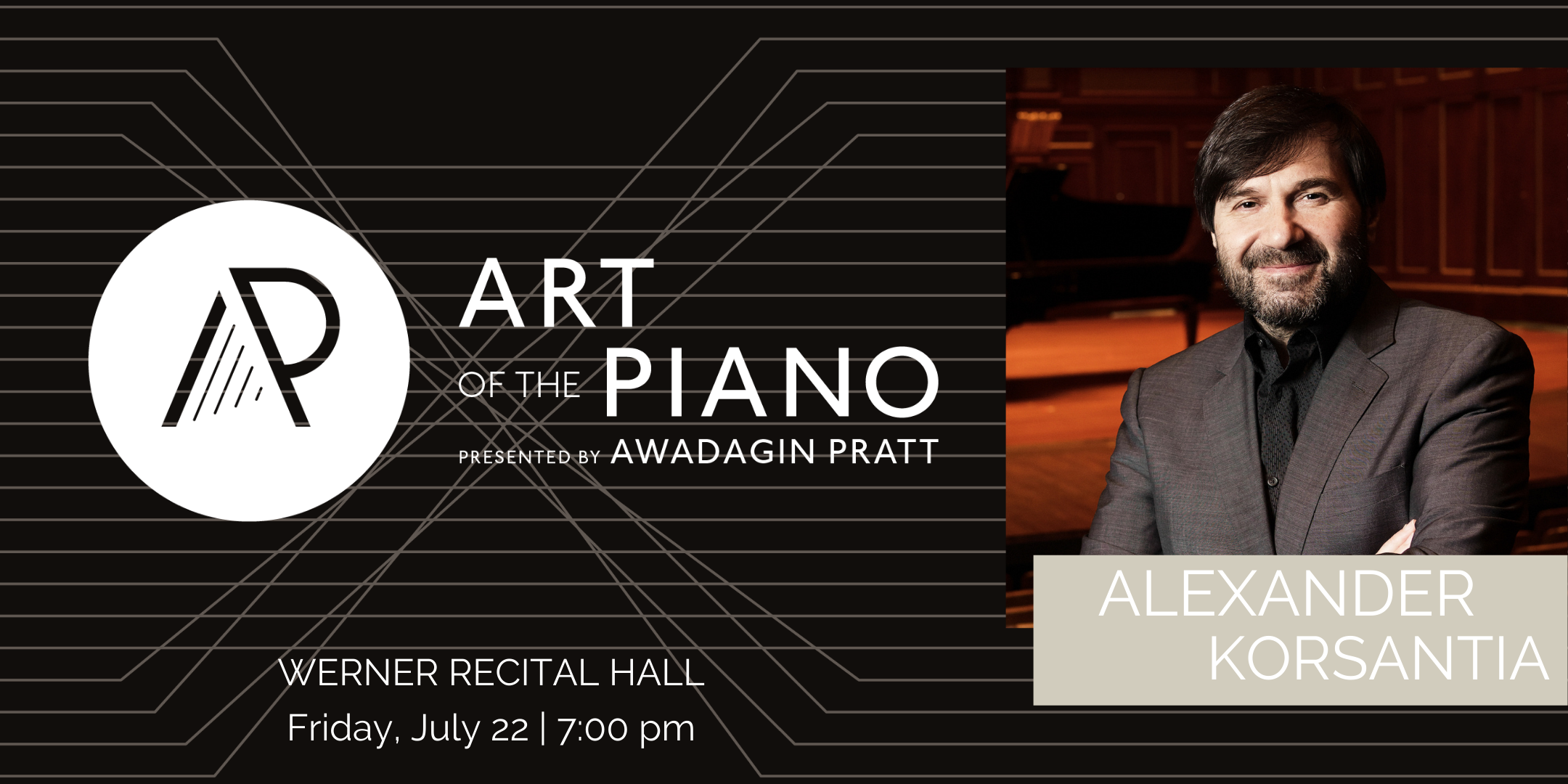 praised for the “clarity of his technique, richly varied tone and dynamic phrasing”

“a performance that could annihilate all others one has heard.”

Ever since winning the First Prize/Gold Medal at the Artur Rubinstein Piano Master Competition and the First Prize at the Sydney International Piano Competition, Korsantia’s career has taken him to many of the world’s major concert halls, collaborating with renowned conductors such as Christoph Eschenbach, Gianandrea Noseda, Jansug Kakhidze, Valery Gergiev, and Paavo Järvi, with such orchestras as the Chicago Symphony, Kirov Orchestra, RAI Orchestra in Turin, The City of Birmingham Symphony, Cincinnati Symphony, and Israel Philharmonic.

Born in Tbilisi, Georgia, Alexander Korsantia began his musical studies at an early age with his mother, Sventlana Korsantia, and later became a pupil of Tengiz Amiredjibi, Georgia’s foremost piano instructor. In 1992, he moved his family to the United States and joined the famed piano studio of fellow Georgian Alexander Toradze at Indiana University in South Bend. In 1999, he was awarded one of the most prestigious national awards, the Order of Honor, bestowed on him by then-President Eduard Shevardnadze. He is a recipient of the Golden Wing award (2015) and Georgia’s National State Prize (1997). Korsantia resides in Boston where he is a Professor of Piano on the faculty of the New England Conservatory.

Transcription for one piano and pedal tambourine by A. Korsantia