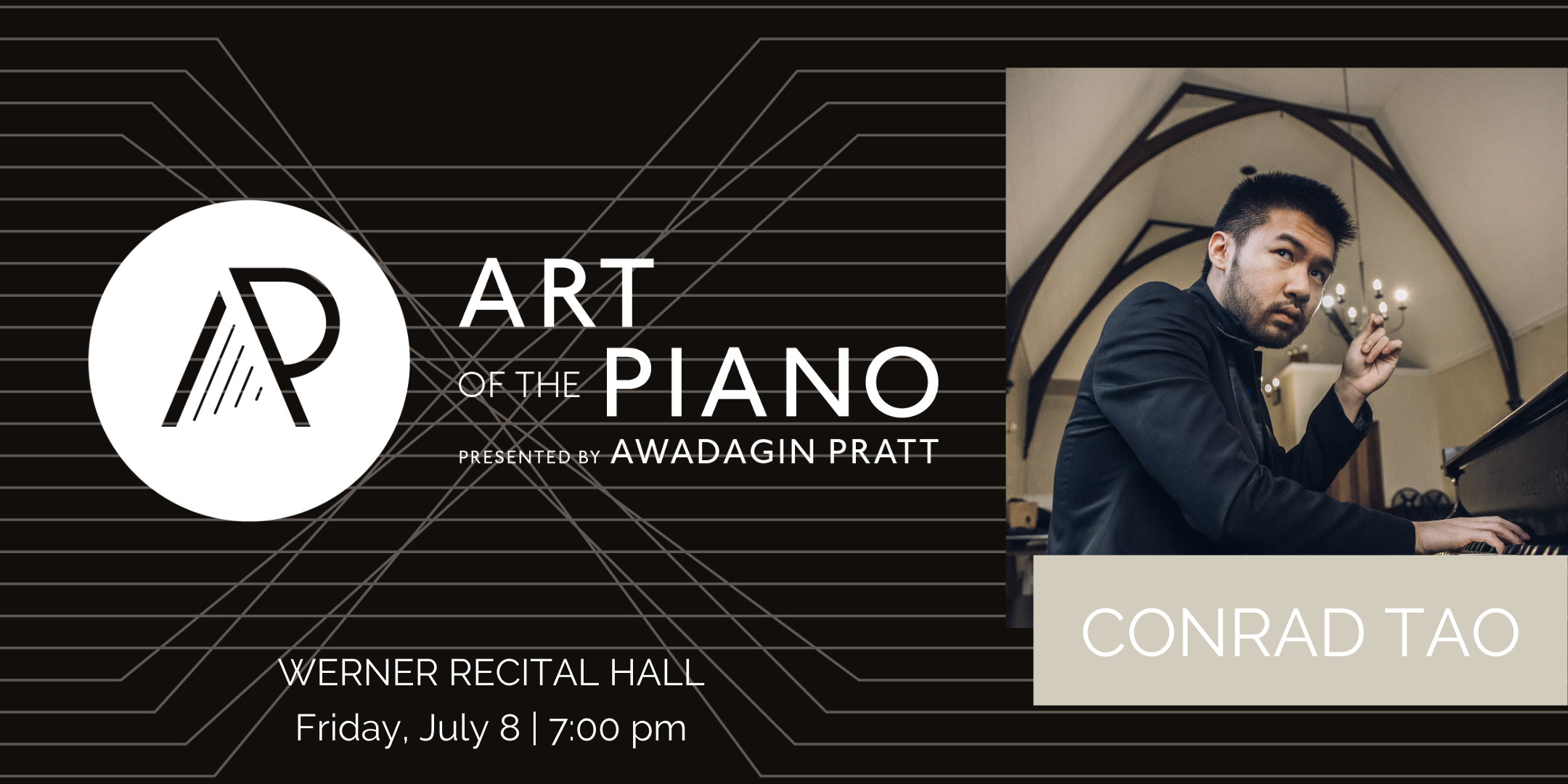 “A musician of deep intellectual and emotional means.”
– NPR

“If I could, I’d hear every performance he plays.”
– The San Diego Union-Tribune

Conrad Tao has appeared worldwide as a pianist and composer and has been dubbed “the kind of musician who is shaping the future of classical music” by New York Magazine, and an artist of “probing intellect and open-hearted vision” by The New York Times. He is the recipient of the prestigious Avery Fisher Career Grant and was named a Gilmore Young Artist—an honor awarded every two years highlighting the most promising American pianists of the new generation.

Join us for his Art of the Piano debut.
Buy Tickets