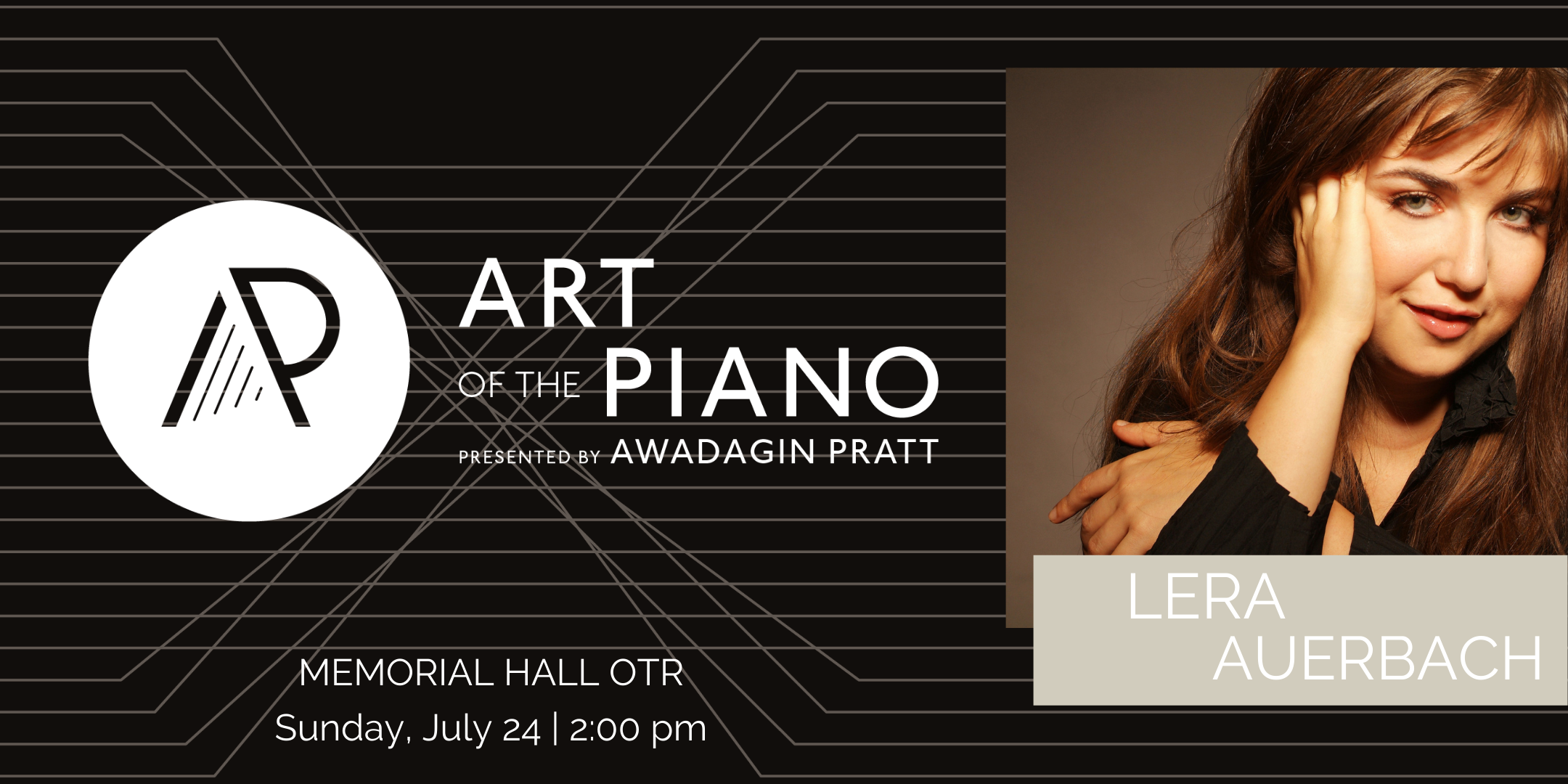 “Her versatility is almost unbelievable. She is a passionate pianist with huge amounts of temperament, a natural composer and performer, quick to absorb and utilize everything around her.”

“a fine balance of sensitivity and virtuosity.”

Born in Chelyabinsk, a city in the Urals bordering Siberia, Lera Auerbach started to play the piano at a very early age and gave her first public performance when she was only six years old. At eight she made her first appearance as a soloist with orchestra. She was twelve when she composed an opera. This was staged, and the production toured throughout the former Soviet Union. In 1991, as the winner of several competitions, Lera Auerbach was invited to undertake a concert tour in the USA. She decided to remain in America, becoming one of the last artists to defect from the Soviet Union.

Lera Auerbach received her Bachelor and Master’s degrees from the The Juilliard School in New York, where she studied both piano and composition. She also studied comparative literature at Columbia University. In 2002 she graduated from the Hannover Hochschule für Musik (Konzertexamen). Her piano teachers included Einar Steen-Nøkleberg, Joseph Kalichstein and Nina Svetlanova and she studied composition with Milton Babbitt and Robert Beaser.

Lera Auerbach’s recognition is attributed not only to her musical activities but also to her writings. In 1996, she was named Poet of the Year by the International Pushkin Society and was awarded the poetry prize of the Novoye Russkoye Slovo, the largest Russian-language newspaper in the West. Her literary works include five volumes of poetry and prose, two novels, and numerous contributions to Russian-language literary newspapers and magazines. She was president of the jury for the 2000 International Pushkin Poetry Competition and was invited to serve on the selection panel for the 2002 Paul and Daisy Soros Fellowship for New Americans. She herself was the first artist-recipient of this fellowship in 1998.

Modest Mussorgsky: Pictures at an Exhibition