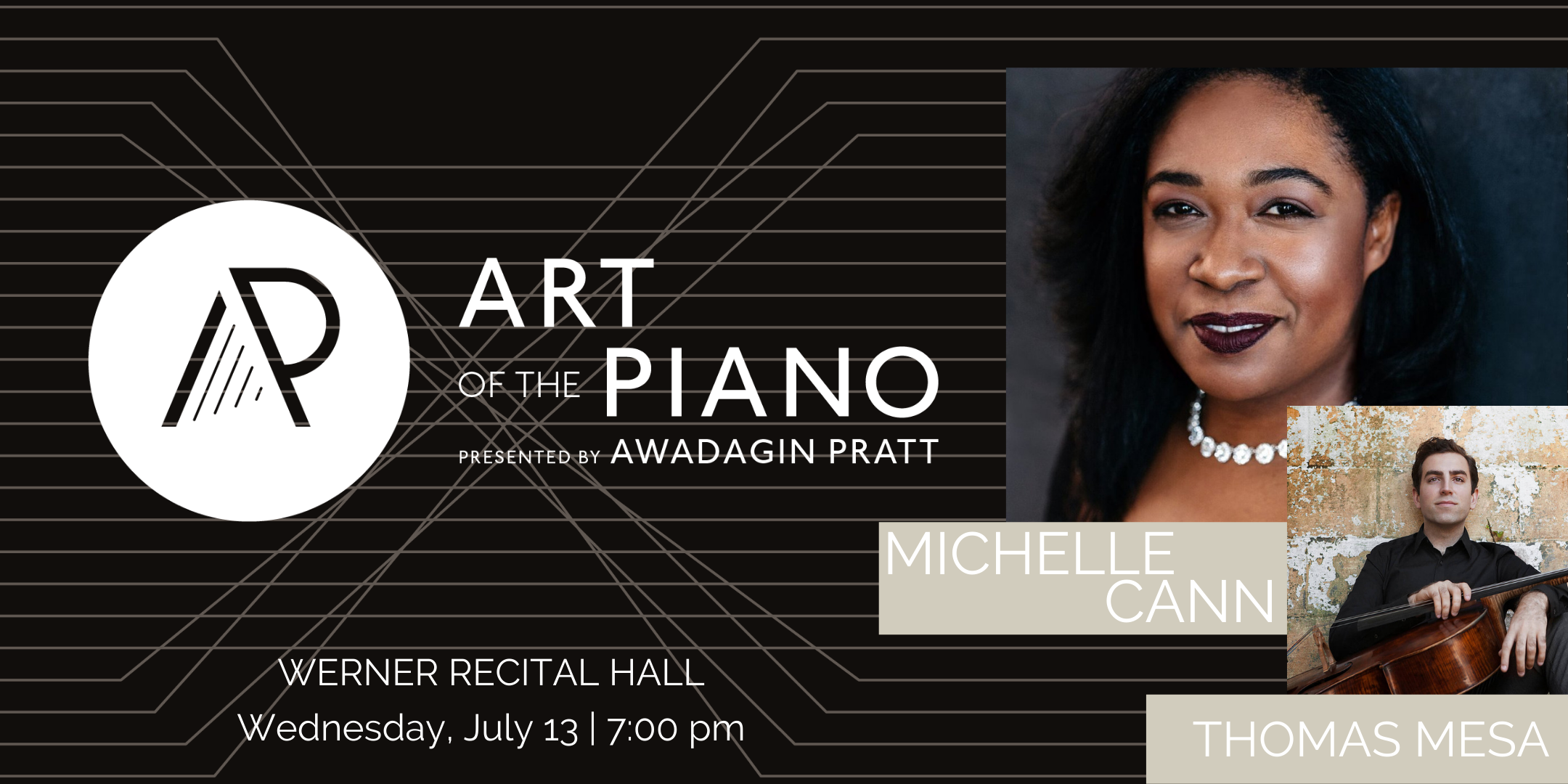 A compelling, sparkling virtuoso” (Boston Music Intelligencer), pianist Michelle Cann made her orchestral debut at age fourteen and has since performed as a soloist with numerous orchestras including The Philadelphia Orchestra, The Cleveland Orchestra, the Cincinnati Symphony Orchestra, and the New Jersey Symphony Orchestra.

An award winner at top international competitions, in 2019 she served as the Cincinnati Symphony Orchestra’s MAC Music Innovator in recognition of her role as an African-American classical musician who embodies artistry, innovation, and a commitment to education and community engagement.

Thomas Mesa, Cuban-American cellist, has established himself as one of the most charismatic, innovative, and engaging performers of his generation. He was the winner of the $50,000 First Prize in the 2016 Sphinx Competition and the Astral Artists 2017 National Auditions. He has appeared as soloist at the Supreme Court of the United States on three occasions and with major orchestras including the Los Angeles Philharmonic at the Hollywood Bowl, The Cleveland Orchestra, and Indianapolis Symphony Orchestra, Santa Barbara Symphony, and New Jersey Symphony Orchestra.

Don’t miss your chance to see these two dynamic and expressive performers together! Join us at Werner for Art of the Piano’s 2022 Festival.