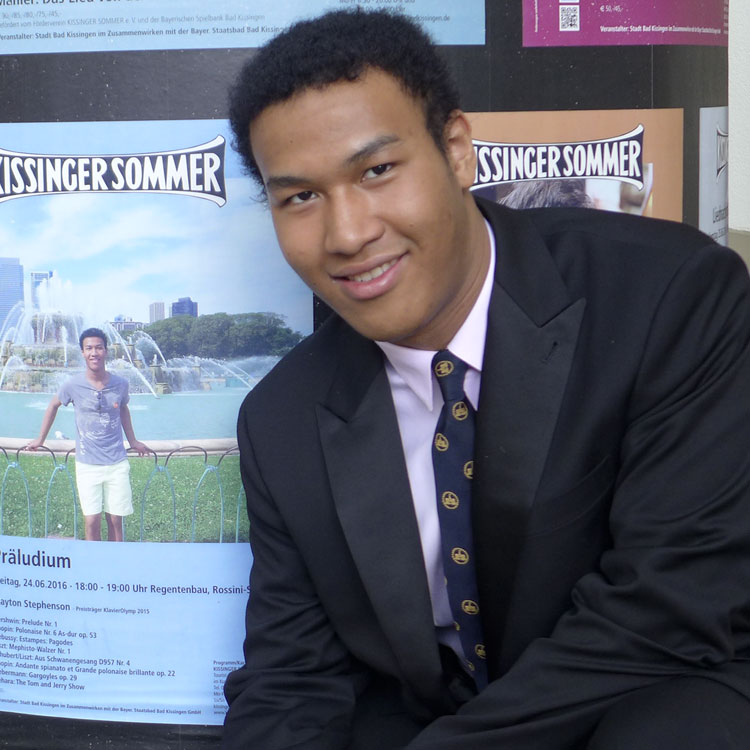 Clayton was admitted into the Juilliard Pre-College at age ten. Currently, He is studies at the Harvard/NEC Dual Degree program, pursuing a bachelor’s degree in Economics at Harvard University and Master Degree in piano performance at the New England Conservatory with Wha Kyung Byun.