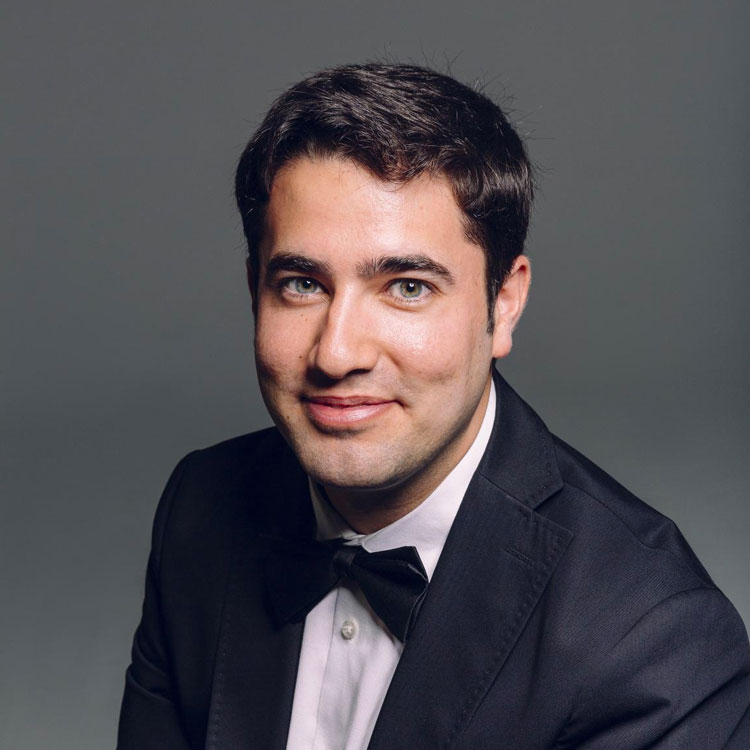 Pianist Francisco Montero has performed in some of the most important halls in the USA, such as Carnegie Hall, Alice Tully Hall, Merkin Concert Hall at Kaufman Music Center, and Bruno Walter Auditorium at Lincoln Center.

He has performed in the United Kingdom (concerts at Dukes Hall, Purcell Room and Constance Pilkington Hall in London, which was broadcast by BBC Radio 4); Germany, Austria, Italy, Portugal and most of the cities in Spain.

Francisco´s most recent competitive awards include First Prize at the Windsor International Piano Competition in London and the Grand Prize at New York Artists International Competition, making his debut at Carnegie Hall- Weill Recital Hall as part of the award.

Francisco studied his Master of Music at The Juilliard School in New York under the guidance of Julian Martin. He is currently pursuing his DMA in Piano Performance at The Pennsylvania State University with Dr. Jose R. Mendez. Mr. Montero has recorded his first album New York Dreams with the KNS Classical label, and released it on November 2017 (knsclassical.com/release/new-york-dreams). To learn more about Mr. Montero, visit franciscomontero.com