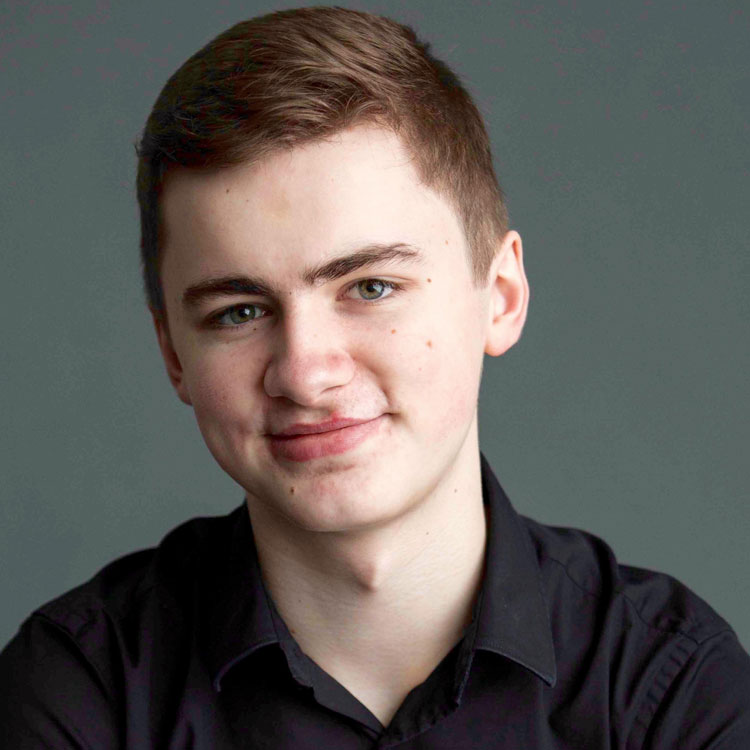 Born in 2000, Irish pianist Kevin Jansson has six international 1st prizes to his name, on both piano and violin. At age 15 he was the youngest participant in, and joint winner of, the Prix Thierry Scherz at the Sommets Musicaux de Gstaad Festival in Switzerland. This led to the recording of his solo piano debut CD under the Claves label, including the premiere recording of Thierry Escaich’s Etudes Impressionnistes, which was released in 2017. Most recently he received the 1st prize at the Jeune Chopin Competition in Switzerland, which received patronage from the Fryderyk Chopin Institute in Warsaw and Martha Argerich.

Kevin is a Music Ambassador of the Lang Lang International Music Foundation. Having made his recital debut at twelve, his concerto debut at thirteen and his debut at Carnegie Hall’s Weill Hall in 2017. He has also performed extensively throughout Europe, most recently in an all-Chopin tour of Poland.

At age 13 Kevin was an all-Ireland Winner at Fleadh Cheoil na h’Éireann for Irish traditional music on the fiddle. He also received the gold medal at the Irish National Physics Olympiad 2016 and a silver medal representing Ireland at the European Union Science Olympiad in Copenhagen in 2017.

Having begun his piano studies at the age of six with Mary Beattie at the CIT Cork School of Music, he is currently pursuing his undergraduate degree with Yoheved Kaplinsky and Julian Martin at the Juilliard School, where he is a recipient of the Rose Piano Fellowship and the Artzt Piano Scholarship.