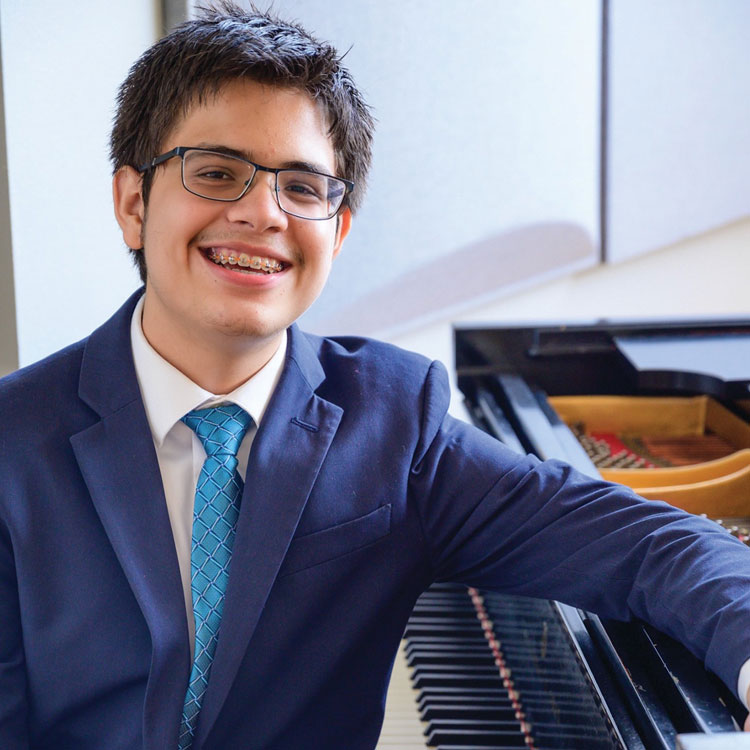 Marco A. Jimenez is an 11th grader and is currently homeschooled. He won the National Federation of Music Clubs Stillman Kelley Award for Piano. As a two-time winner of the Edward and Ida Wilkof Young Artists Concerto Competition, and the winner of the Justine LeBaron Young Artists Competition, Marco played with the Sarasota Orchestra and will be playing with the Florida Orchestra respectively. Over the past summers, Marco attended Interlochen Center for the Arts, Boston University Tanglewood Institute (BUTI), and the Southeastern Piano Festival.

In addition to piano, Marco plays the violin and the organ, and also composes classical music. He is currently the concertmaster of the Sarasota Youth Philharmonic. Marco was named a 2020 National Young Arts Honorable Mention winner in three disciplines: piano, composition, and organ. His compositions have won numerous awards including Honorable Mention for the ASCAP Foundation Morton Gould Young Composer Award and the John and Margaret Pierson Award for the National Federation of Music Clubs. Two of his compositions have been published by TrevCo. Music Publishing.