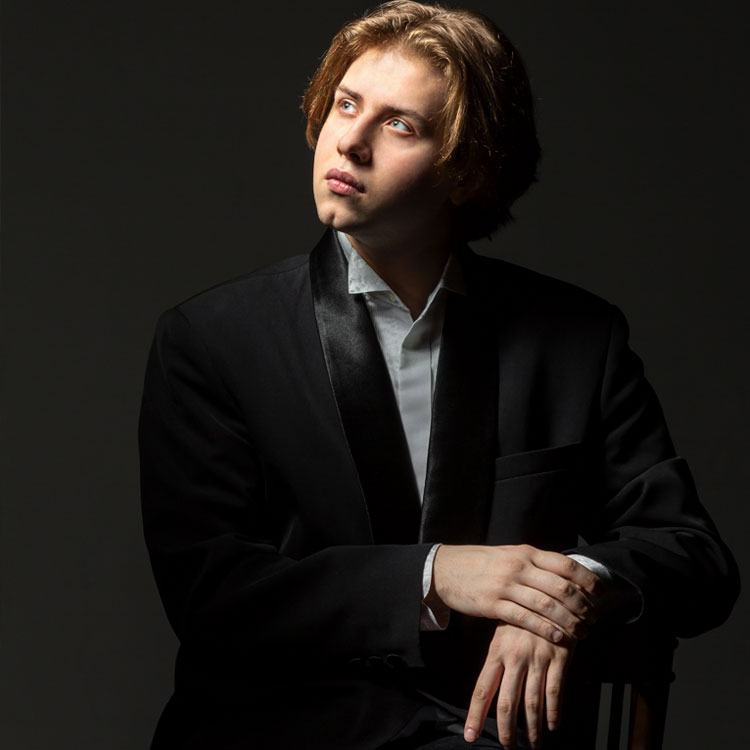 Russian-born Nikita Lukinov started studying in 2005 at Voronezh Central Music School with Svetlana Semenkova, an alumna of Dmitry Bashkirov. Nikita’s first success was a Grand-Prix at the 2010 International Shostakovich Piano Competition for Youth (Moscow). Nikita’s debut with a symphonic orchestra was at the age of 11. Other achievements include 1st place in the Inter-Russian piano competition for young pianists; the Diploma in International television competition for young musicians (the “Nutcracker”); and 1st place in the Inter-Russian Concerto competition, where at age 14 he performed Chopin’s Concerto No. 1, Op.11 with orchestra.

Nikita is a recipient of a scholarship from Voronezh’s State government “For Outstanding Cultural Achievements;” the Russian Children’s Foundation and the international charity foundation, New Names; as well as a scholarship from the National Artist of Russia V. Ovchinnikov. Nikita also received a scholarship from the International Academy of Music in Liechtenstein and participated in the Intensive Music Weeks and activities offered by the Academy in 2020. Since September 2017, Nikita has continued his education at the Royal Conservatoire of Scotland on a full scholarship with Petras Geniušas.