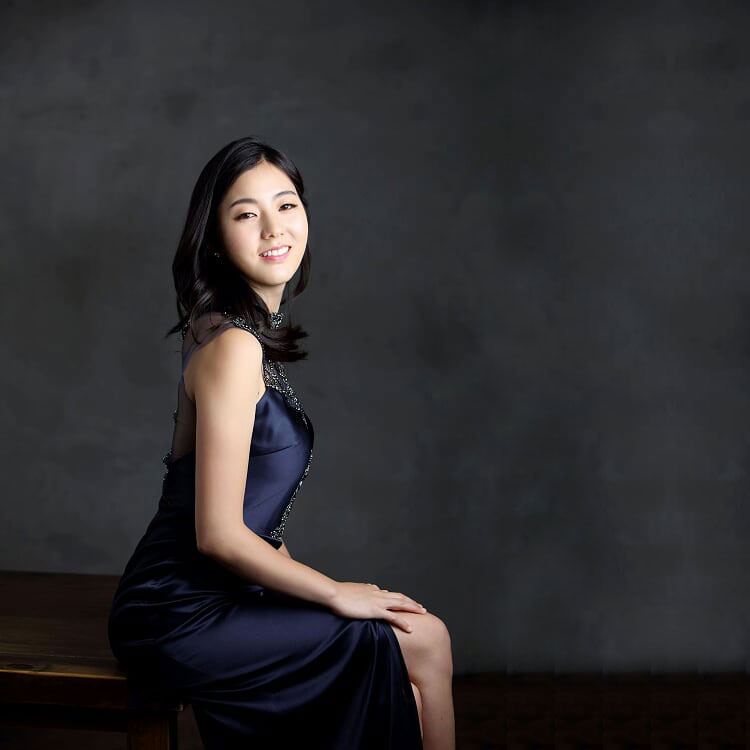 Soyoung Choe is a professional pianist who values integrity and authenticity. Born in Seoul, Korea on December 9, 1990, she began her musical training as a pianist at the age of 3 under her mother. She continued to study music as a teenager at Yewon School and Seoul Arts High School. Simultaneously, she participated in the pre-college program at Korea National University of Arts with Professor Choong-mo Kang for seven years until she began her undergraduate degree at the New England Conservatory. Throughout her undergraduate degree at NEC where she studied with Prof. Wha-Kyung Byun, Ms. Choe received the Salon Scholarship. After graduating from NEC, she completed a Master’s degree from the Juilliard School of Music as a recipient of the Paul Jacobs Memorial and Richard R. Levien Scholarship under the guidance of Professor Choong-mo Kang and Jerome Lowenthal. She also earned a Professional Studies Certificate from the Manhattan School of Music under the direction of Professor Phillip Kawin.

In addition to her appearances in various concerts, Ms. Choe performed Chopin’s Piano Concerto No.1 in e minor with the Kiev Radio Symphony Orchestra and was selected as a soloist in the Young Professional Artists Series at Kumho Art Hall. Her active engagement in performances at NEC was prolific. She performed in the ‘Chopin in Paris’ Concerts and the NEC’s Lisztomania Concert. Ms. Choe won the Honors Competition in celebration of Debussy. Recently, she performed with the Torun Symphony Orchestra in Bydgoszcz, Poland. She was invited as a guest artist to Samik Art Hall in Seoul, Korea and performed with the Hudson Valley Symphony Orchestra at McKenna Theater.

Ms. Choe further developed her career by participating in many music festivals and Master classes across the continent, including the Euro Music Festivals in Prague and Leipzig, the International Music Festival in New York and the International Masterclass in Rome. Ms. Choe received full scholarships to attend master classes at the Paderewski Academy in Poland and Mendelssohn Academy in Leipzig, where she attended as an NEC representative. In those Master classes, she worked with great pianists like Dang Thai Son, Yoheved Kaplinsky, Anatol Ugorski, Robert Macdonald, and Piotr Paleczny. During her participation, she appeared as a chamber pianist with Christian Tetzlaff and Arnold Steinhardt.

Her passion to explore music extends to recording activities. In the summer of 2014, contracted with the Infinity Corporation, she released a CD with soft jazz style improvisations of various Hymns, titled ‘Praying in Hymns’. This past summer, she finished recording a complete series of Beyer, piano music for children, sponsored by Music Chunchu. She has had more than 7 years of experience teaching piano to students, especially beginner lessons for young kids.

This fall, Ms. Choe will be starting her Doctoral degree at the Manhattan School of Music with Phillip Kawin.