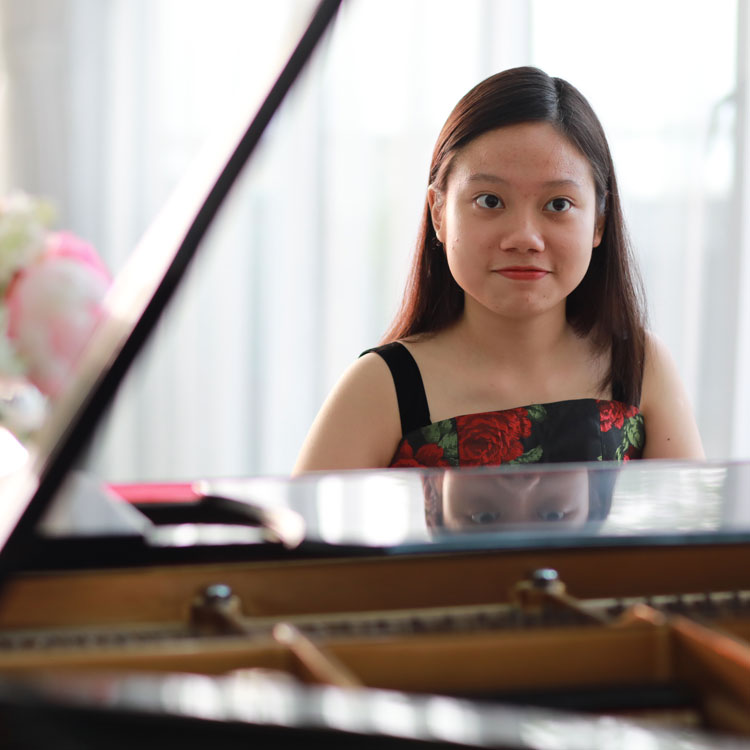 She has also performed concerts and recitals at Hanoi Opera House, the Great Music Concert Hall of Vietnam Academy of Music, and other famous halls in Vietnam as well as in Italy and America. She was one of the solo performers with the Red Steinway and Son Model D-274 in the Steinway Red tour at Vietnam Academy of Music Hall in July 2015. She performed Mozart Concerto No.13 (Kv415) with the Academy Orchestra in April 2016 and Chopin Concerto No.2 in F minor, 1st Mov. with the Vietnam National Symphony Orchestra conducted by Honna Tetsuji in October 2017. She received 1st Prize of the Concerto competition (Fall season) 2017, Category B – American Fine Art Competition (AFAF) for this concerto performance. She was chosen to play at Carnegie Hall in July 2018 with Hotchkiss School (America) Summer Portal. She was also chosen to be one of three excellent students of the Music Academy to play Chopin Concerto No.2 with Sun Symphony Orchestra conducted by Olivier Ochanine in March 2019.

Besides music, she also has incredible academic results. She was chosen as the youngest person to receive one of ten “Hanoi capital city honor most outstanding young citizens of 2013” awards for excellent results in both academics and music. She received “Toyota Scholarship for Vietnamese Young Music Talents” in 2014 and 2015, Yamaha Scholarship 2016 and 2018. Thanks to great guidance from her professor and support from her teachers and school, she is growing up with a busy life and enjoying music with passion.